EEG’s lecture on the impact of radioactive and nuclear waste on marine and land species by Pritvik Sinhadc left the audience of environmentalists, academicians, students and scientists spellbound

By Sneha May Francis
Published on September 21, 2012 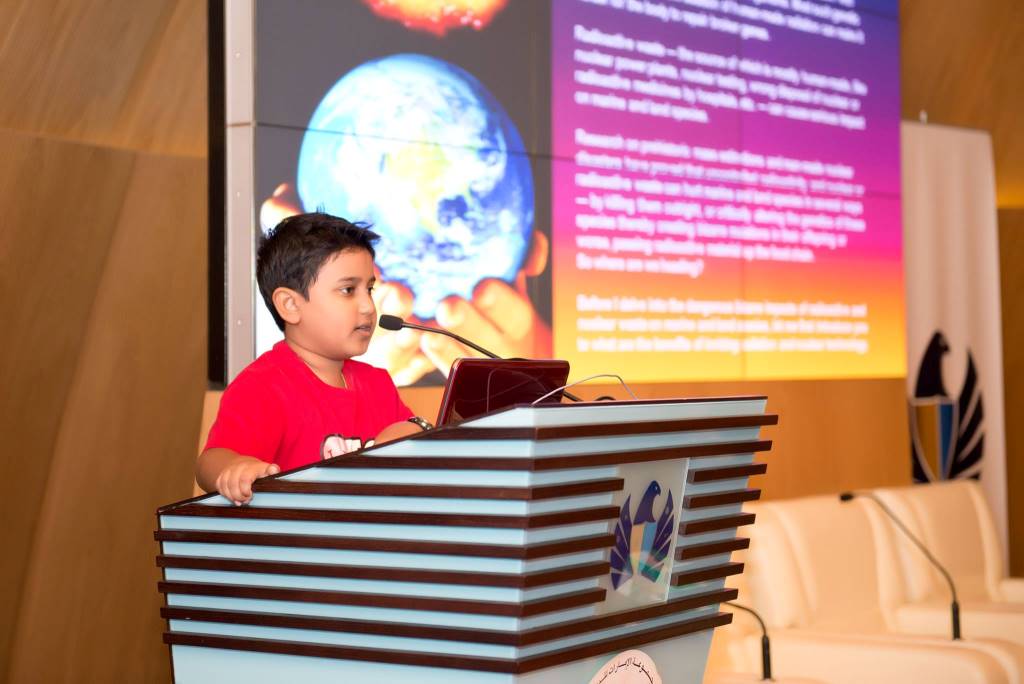 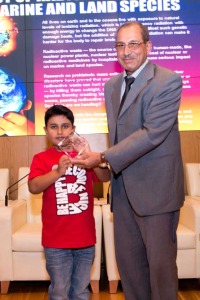 When most kids his age indulge in sports or share a craze for gizmos and video games, eight-year-old Pritvik Sinhadc is caught in a world that revolves only around pre-historic creatures.

It is dinosaurs of all shapes, sizes and eras that make his world go round.

And, this obsession awarded him the honour to address the recently held Emirates Environmental Group’s 9th Community Lecture of the year.

His lecture on the impact of radioactive and nuclear waste on marine and land species left the audience of environmentalists, academicians, students and scientists spell-bound.

In his one-hour presentation, Pritvik explained that the radioactive waste could hurt marine and land species in several ways — by killing them, or altering the genetics of these species, or passing radioactive material up the food chain.

Addressing numerous queries from the audience, he stated that “the world needs to quickly resolve the nuclear waste issue because it wouldn’t be morally right to leave it for our future generations”.

“The ones who have started the mess should also finish it. On top of so many environmental problems the last thing the world needs right now is to worry about the safety of nuclear waste disposal.”

He will be writing down his findings for his third book titled ‘The Impact Of Radioactive And Nuclear Waste On Marine And Land Species’.

Earlier, Pritvik authored a 60-page book about dinosaurs, titled ‘When Dinosaurs Roamed The Earth’, making him the world’s youngest author to publish a book on palaeontology.

A Year 4 student of Dubai British School, Pritvik’s interest in prehistoric creatures dates back to when he was as little as nine months. His peculiar interest did unnerve his parents, with his mother trying out various tactics to ensure he did “normal things” like other kids his age.

“It started with reptiles, snakes, crocodiles and komodo, and it graduated to the prehistoric world. Then, there was no stopping him.

“Initially we thought it wasn’t unusual, but soon he started getting so engrossed in dinosaurs that he didn’t do anything else,” recalled Indira.

His craze was soon identified by his teachers at Dubai British School as extraordinary and quashed any doubts about whether he is Austic.

Now, Pritvik doubles up as teacher for Year5 and 6 students, after his expert opinion was sought to tackle the school’s new module on dinosaurs by his Year 1 Teacher Georgina Williams.

“I recall a conversation with a teacher who was trying to think of how to bring to life a lesson about dinosaurs for her Year Three class and I told her that I knew just the right person… Pritvik.”

The book, his mom elaborated, was conceived by Pritvik after he felt his students were unable to grasp much during his lectures.

““There are very few children who demonstrate such a keen interest and desire to learn more about historical science. His ability to recall facts and information relating to prehistoric life is remarkable,” added Lucy Barr, Year 3 Teacher, Dubai British School.

Even the head teachers are equally support and impressed by his knowledge. “To have such a keen interest in dinosaurs and to have pursued this passion so enthusiastically from such an early age is admirable. I have every confidence that we are likely to see his name amongst the experts in palaeontology in the future,” added Peter Moore, Head of Primary School, Dubai British School.

Unaware of his exemplary grasp of all things dinosaurs, Pritvik candidly confessed, “As far as I can recollect, I’ve always been in love with these fantastic, absolutely mind-blowing creatures….The fact that they once roamed in our backyards gives me a thrill I simply can’t express.” 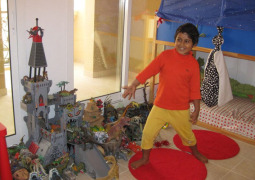 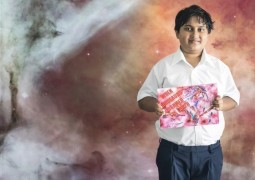 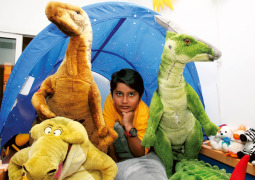 EEG’s lecture on the impact of radioactive and nuclear waste on marine and land species by Pritvik Sinhadc left the audience of environmentalists, academicians, students and scientists spellbound...
Read more »
https://pritviksinhadc.com/wp-content/uploads/2014/04/8-year-old-dino-expert-roars-2012-09-21.png

Most genetic damage heals, but the addition of human-made radiation can make it harder for the body to repair broken genes, says Pritvik Sinhadc, the world’s youngest author on paleontology...
Read more »
https://pritviksinhadc.com/wp-content/uploads/2014/04/g.png

AUTHOR AND DINOSAUR EXPERT — ALL AT SEVEN 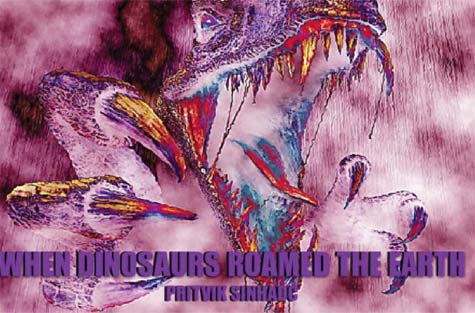 7-YEAR-OLD'S BOOK ON DINOSAURS OUT 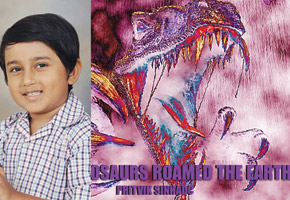 When Dinosaurs Roamed The Earth is a book written by Pritvik Sinhadc, a 7-year-old boy from Dubai. It is his first publication. In fact, it is the first such book to be written by a seven-year-old in the UAE....
Read more »
https://pritviksinhadc.com/wp-content/uploads/2014/04/g2.png 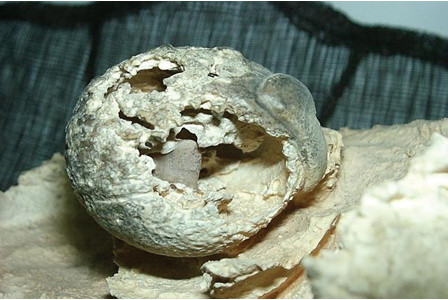 A student in Dubai who is an expert on everything to do with dinosaurs and the pre-historic world, has had his first book published at the age of just seven...
Read more »
7days-com-2012-05-29-uae-news-611.png

FAR AHEAD OF HIS TIME 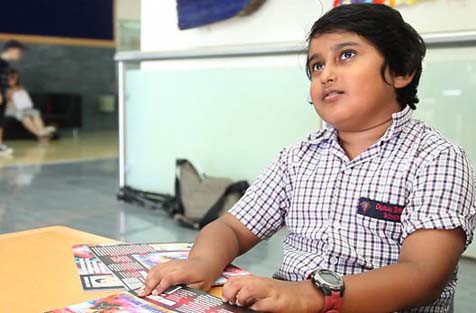 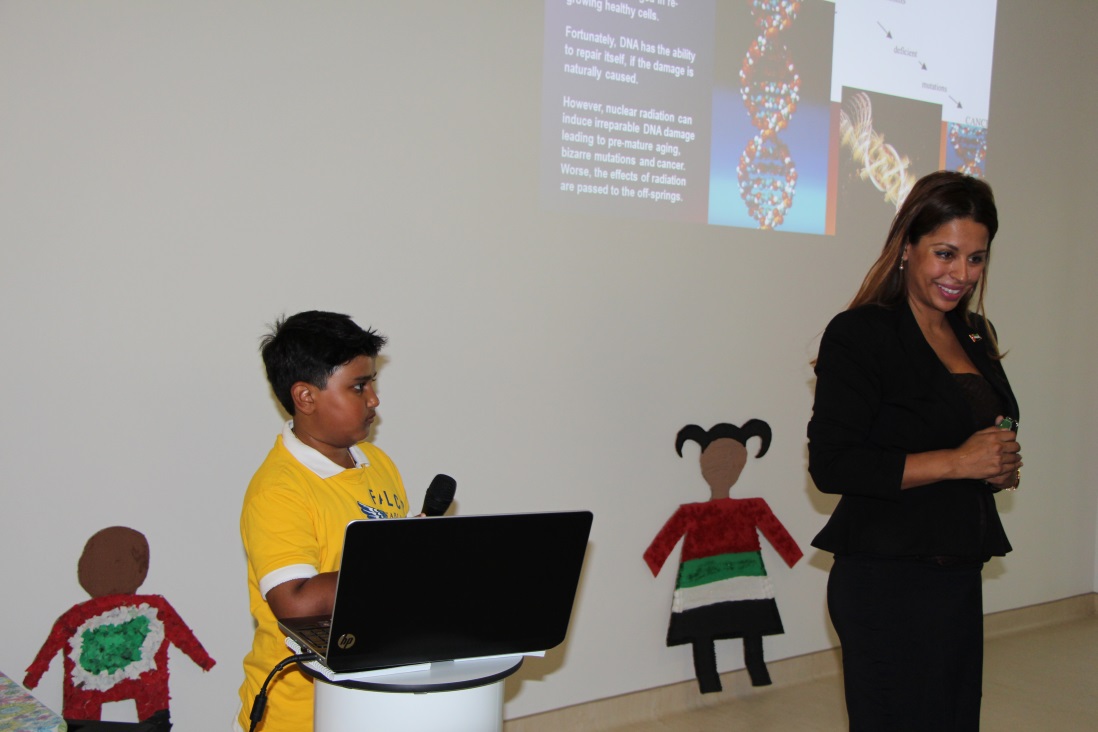 At age 11, Pritvik Sinhadc has already authored a couple of books on prehistoric beings, has a solution to disposing of hazardous radioactive waste...
Read more »
dailypioneer-com-sunday-edition-sunday-pioneer-special-boy-wonder.png

Pritvik Sinhadc was just seven years old when his first book When Dinosaurs Roamed The Earth made him the world’s youngest author on palaeontology. Now at 10, the ‘wonder boy’ as he is popularly known, is all set to once again take the world by storm with his three books — Impact of Radioactive and Nuclear Waste on Marine and Land Species, Walking With Prehistoric Beasts and Rare Dinosaurs — all of which will be in the UAE bookstores soon...
Click here to meet the little genius...

When dinosaurs roamed the earth 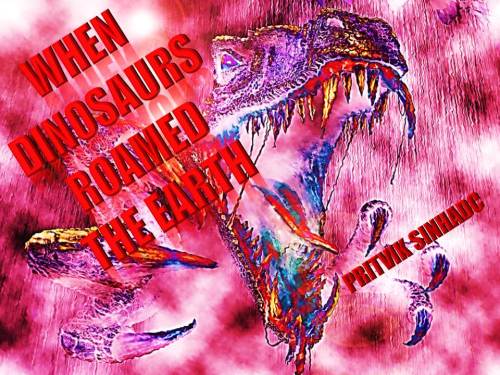 Pritvik started writing this book at the age of six and published it at seven...
Read more about the book

Impact of Radioactive waste on marine and land species 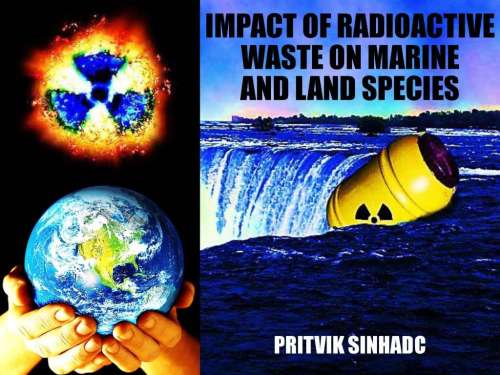 Pritvik started writing this book at the age of seven and finished it at 10. The book will be launched in August...
Read more about the book 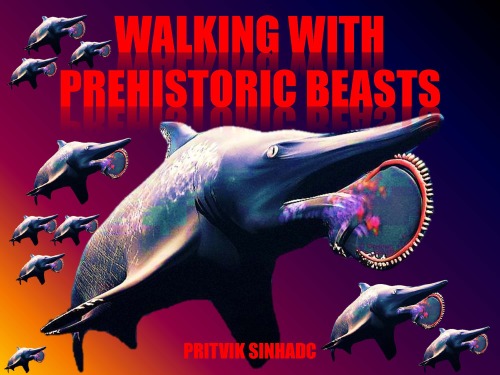 Pritvik started writing this book at the age of eight and finished it at 9. He then added and update it...The book will be launched in September...
Read more about the book

Author, environmentalist and science ambassador, Pritvik Sinhadc, discusses limb re-growth, the need to clean up wastewater in the UAE, and the feathery side to dinosaurs....
Read more »
https://pritviksinhadc.com/wp-content/uploads/2014/04/News.png
Read more stories

Radioactive waste – the source of which is mostly human-made, like nuclear power plants, nuclear testing, wrong disposal of nuclear or radioactive medicines by hospitals and so on — can cause serious impact on marine and land species....
Read more »
https://pritviksinhadc.com/wp-content/uploads/2014/04/youthful-genius-on-palaeontology-explains-the-hazards-of-human-caused-ionising-radiation.png
Read more stories

Author and dinosaur expert — all at seven

A lot of children have a fascination with dinosaurs, but very few actually sit down to write a book about them – especially before the age of 7.
Read more »
https://pritviksinhadc.com/wp-content/uploads/2014/04/gifted-7-year-old-authors-book-about.png
Read more stories

A warning on the genetic effects of low dose radiation

Radioactive waste – the source of which is mostly human-made, like nuclear power plants, nuclear testing, wrong disposal of nuclear or radioactive medicines by hospitals and so on — can cause serious impact on marine and land species....
Read more »
https://pritviksinhadc.com/wp-content/uploads/2014/04/nuclear-news-net-2012-09-15-a-warning-on-the-genetic-effects-of-low-dose-radiation.png
Read more stories

Proving that age is but a number, Pritvik Sinhadc has become an author and dinosaur expert at the ripe old age of seven.....
Read more »
https://pritviksinhadc.com/wp-content/uploads/2014/04/seven-year-old-dinosaur-expert-launches-book1.png
Read more stories

A student in Dubai who is an expert on everything to do with dinosaurs and the pre-historic world, has had his first book published at the age of just seven.....
Read more »
https://pritviksinhadc.com/wp-content/uploads/2014/04/Young-boy-puts-pre-historic-passion-on-pages.png
Read more stories

Kolkata: Seven-year-old science genius is an author of two books on paleontology

Seven-year-old Pritvik is a science genius. He has already authored two books on paleontology. The Class 4 student from Kolkata has taken the world of science by storm with his book When Dinosaurs Roamed the Earth....
Read more »
http://ibnlive.in.com/videos/316182/kolkata-sevenyearold-science-genius-is-an-author-of-two-books-on-paleontology.html
Read more stories

Pritvik Sinhadc who is only eight years old, presented a lecture on the impact of radioactive waste on marine and land species at the Emirates...
Read more »
https://pritviksinhadc.com/wp-content/uploads/2014/04/arabstoday-net-environment-world-8-year-old-boy-presents-eeg-lecture.jpg
Read more stories